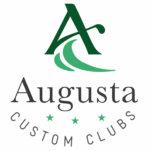 WHAT IS MOMENT OF INERTIA?
by Augusta Custom Clubs

The focus of this paper will be on the third form of resistance.

We know that an object at rest prefers to stay at rest, and an object in motion tends to stay in motion, due to Isaac Newton. As a result, a stationary object has no velocity or acceleration. Zero acceleration describes an object moving at a constant velocity. Any modification to either of them necessitates acceleration and thus a force.

However, there is another essential 'MOI.' That MOI of a club: the club's resistance to spin around its butt. As most clubfitters think, this MOI influences your ability to regulate, synchronize, and repeat your swing.

The golf shaft sets at a 90* angle with the left forearm at the top of the backswing, yet the shaft and arm will (or should) be in a nearly straight line after contact. The wrist cock or club release is the point at which that angle begins to straighten out, and the club's MOI influences its timing. The closer the MOI of each iron in a set matches each other, the easier it is for a golfer to time the release consistently,

In the 1920s, Kenneth Smith created the swingweight scale to provide a simple manner of comparing clubs for the first time. Based on empirical evidence, he fixed the moment arm at 14 inches. Some will argue that this is unscientific or arbitrary. However, until science is confirmed, much of what we know about it is empirical. When you hear the phrase "theory," it means you're talking about empirical evidence. So in fact swingweight is scientific.

The swingweight is considered a static measurement based on the levers we learned about in science class. It is based on the motion of a mass at a specific distance. MOI, on the other hand, deals with circular movement. It will be simpler if you approach it this way. The force required to move an object at a distance using a lever is known as torque. It has to do with the object's mass multiplied by the lever arm. The golf club serves as the lever in this situation. When an object is moving in a straight line, it prefers to stay that way. When we try to change the straight-line motion to an arc, the moment of inertia comes into play. And it is more difficult to turn with a higher moment of inertia. MOI is equivalent to mass times length squared since we are moving a mass through the area of a circle. A swingweight-matched set that isn't carefully back-weight will result in a set that isn't MOI matched due to the difference between Torque and MOI. The MOIs for the various clubs will vary. The golfer's swing will have to be adjusted based on the biomechanics of dealing with varied MOIs.

MOI matching is a mechanism that reduces the need for a swingweight. When we match the clubs in a set to a golfer's optimum MOI setting, the swing rate and release timing become more constant, resulting in a larger percentage of strokes struck on-center and more consistent/efficient clubface squaring. Swing path flaws can also be decreased when used in conjunction with heavier or lighter shafts better suited to each golfer's demands.

Because each golfer is unique, a single MOI setting (or, for that matter, a single swingweight setting) will not work equally well for all golfers, hence utilizing MOI to match the clubs in mass-produced sets is not possible.

If you take the time to find your ideal setting, accurate MOI-matching will provide you with the following benefits:

regardless of your ability, when compared to clubs that are merely swingweight matched clubs

What evidence do we have to back up our claim? If you don't think MOI-matching is better than swingweight-matching, you can send them back, and we'll re-match them for free to any swingweight setting you select.

However, we now offer the ability to match both swingweight and MOI for most of the clubs we construct. We match all resistances – swingweight, MOI, and weight – for single-length clubs. This is the best way to make a golf club and swing it.

SO what are you waiting for? Book an appointment now!